In many cases, a diagnosis of cancer can begin a life changing journey – mentally, emotionally and physically. This can greatly affect the person diagnosed along with their family and friends.

A desire for holistic health approaches are among the motivations people have for seeking out complementary mind-body practices. Hospitals and cancer centres with an integrated care approach offer a variety of evidence-informed complementary practices. Massage is an important mind-body contribution to integrative cancer care. When symptoms such as anxiety, pain, fatigue and insomnia are not resolved by standard medical interventions, clinical guidelines may recommend oncology massage therapy to provide some ease. Complementary therapies that are safe and effective can help address physical, emotional and spiritual quality of life.

In Australia, massage/touch therapies and psychological wellbeing services are the most commonly utilised services.

Judy uses practices from a number of different modalities to support people with a cancer diagnosis. Oncology massage, lymphoedema management, scar and muscle release work and energy techniques are her preferred ways of working with clients. A session with Judy is a rewarding way to allow your body a moment of relaxation and calm.

Our mobile massage services allow clients to receive treatments from any location and enable flexibility when it comes to the duration of the massage.

If you’d like to know more about how we can help with cancer relief, or would like to make a booking, please feel welcome to call Judy on 0423 041 122. 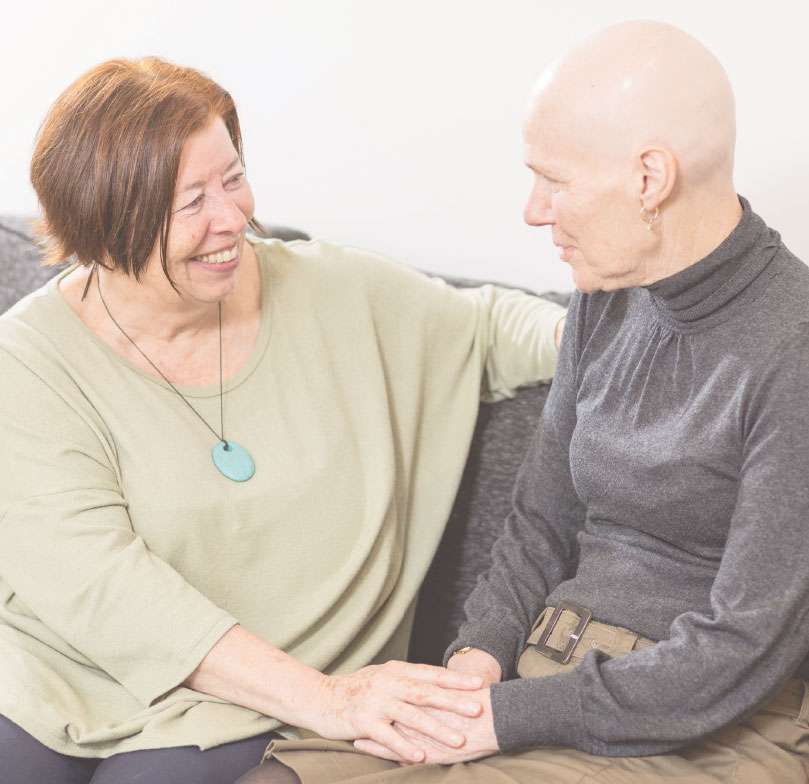 Steve, a man in his late sixties, had gastric cancer and was receiving palliative care. His first massage occurred on the ward of a major public hospital, surrounded by noise and busyness. I drew the curtains around his bed, switched on my soft music and softly held one foot. A bubble of care was created. As massage gently progressed Steve moved into a state of deep relaxation. “Beautiful”, he said afterwards. We continued massages at home, until his death.

Marian had been receiving treatment for breast cancer – surgery and chemotherapy. Peripheral neuropathy of the lower legs and feet had become a major side effect for her. The legs and feet were numb and her balance was affected. The numbness in her arms and hands seemed to be resolved and now medication was being adjusted to address the legs and feet. Marian was feeling quite stressed about these side effects and hoped that oncology massage might help her relax. Marian enjoyed several massages, each time commenting how wonderful she felt afterwards. Later lymphatic drainage massage was used both before and after further breast surgery. This, together with self help lymphatic massage, enabled Marian to heal with less swelling and pain than on her previous surgery occasion. When cording and restricted arm mobility later occurred, scar release and myofascial release techniques were used. This enabled Marian to regain full mobility in her arm, without pain.

Please fill out this form to book an appointment or make an enquiry: